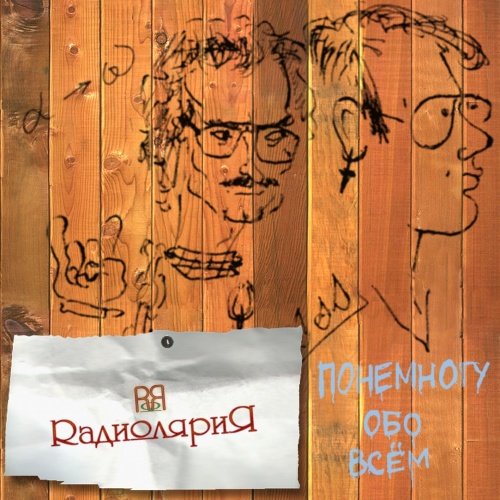 Ponemnogu obo Vsyom (Russian: Понемногу обо всём) translates from Russian as “A bit about everything”.

It is a typical bard song collection of tracks, which recaps all Radiolaria’s works created since 1993 that can be described as “aggressive and funny folk style”. When listening to them, it should become apparent that Radiolaria is also about humour as well as other earthly feelings.

This is mostly a “fusion-free” album, even though not entirely so.

The presented songs have been composed in different moments in time and touch on a broad variety of subjects, which is reflected in the album’s name. It might, perhaps, have gotten the name “A bit about nothing” instead. However, some songs raise important psychological and social questions, such as Боясь или любя (To Fear or To Love) and Посвящение В. С. Высоцкому (Dedication to Vladimir Vysotski).

Recorded and mixed in January 2002 at DaleTech Records (Tyumen, Russia). It has never been officially released by any label.