Scandinavia is known for many things. From the beautiful coastal sceneries of Dueodde Beach on Denmark’s Bornholm island and Norway’s Svalbard outpost, to the enchanting treks through the isolated Hornstrandir peninsula, this region has become a mainstay in the bucket lists of explorers and globetrotters the world over.

The region has also become known for its unique-sounding place names, making destinations in Scandinavia all the more appealing to foreigners. Not only is Finland home to Äteritsiputeritsipuolilautatsijänkä, the third-longest place name in Europe, but a geography facts post on Gala Bingo also highlights how there are villages in Sweden and Norway just called Å — the shortest place names in the world.

For the adventurous travellers who are looking for more unique experiences, you’d be hard-pressed to find a destination better than Scandinavia. History buffs, in particular, can enjoy elements of Viking culture and Norse mythology across many locations in Scandinavia. And here are our top picks:

The appeal of modern Viking sites lies in how they give insight into what life during the time of the Vikings was like. This is something that the VikingeCenter excels at. It’s a reconstructed Viking village that also gives tourists the chance to experience things as the Vikings did. From grinding flour on the quern to trying warrior exercises, archery, and even making your own silver coins, it’s a great choice for people who learn by doing.

In the 1980s, archaeologists discovered a Chieftain House on Vestvågøya Island — the site of which now houses the amazing Lofotr Viking Museum. Visitors to the museum can explore a fully reconstructed longhouse, replica Viking ships, an outdoor walking trails, and even a blacksmith’s forge!

Envisioned to be a living cultural historical site, Viking Village Njardarheimr promises to retell the stories of the Vikings without the constraints of a museum. Here, travellers can experience an authentic village showing the Viking lifestyle. What makes this village truly unique, however, is that it’s not populated by actors. Instead, the villagers are real Vikings of all ages, who live as the Vikings do.

Included in the UNESCO World Heritage List, Birka is regarded as Sweden’s first town. The town has embraced its history and developed a Viking Village, showcasing how houses were constructed in the days of yore. In July, actors populate the village and bring it to life, giving a rather interesting simulation of what life back then was like.

Vikings settled in Aarhus due to its perfect location for trade, and this history is embraced and honoured by locals through not just their Viking Museum, but the Moesgaard Viking Moot as well. At the Viking Moot, Vikings from all over the world join together to recreate the festive markets from the early days of the city. Visitors can enjoy a range of activities and watch as warriors re-enact battles and cross swords, as well as shop in the market for products made by Viking craftsmen.

Scandinavia truly has a lot to offer every type of traveller, and its rich history has made it an interesting place to visit for most. For more travel recommendations and insights into Scandinavian life, you can explore the rest of our site.

This is a contributed post by Gabriel Grant written exclusively for yktoo.com. 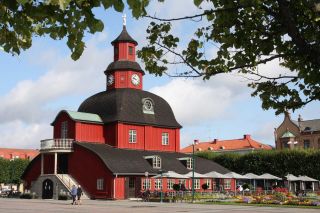 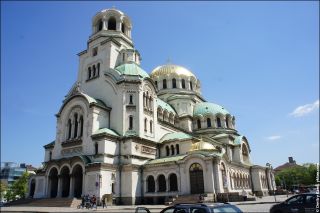