Happy Friday everyone! This seventh edition of Musicellaneous features two gems at once: the American band Covet and its frontwoman multi-instrumentalist Yvette Young, who is by the way also a painter.

Covet’s genre is officially called math rock, which I would perhaps prepend with “maidenly”.

Yvette is from San Jose, California. She released her first album, Acoustics EP, in 2014, and to date she has recorded four solo albums, four albums with Covet, plus the Ares single.

I’d recommend watching the official video of Ares in order to get a pretty good impression of the band’s music:

Covet’s music is a bit mechanical, as math rock is supposed to be, but at the same time airy—I even tend to say “fluffy”—and it invariably turns the listener into a sort of relaxed meditative state. So listen at your own risk while driving!

The acousic solo works by mademoiselle Young are utterly lyrical and only loosely related to rock. It’s that kind of music you’d listen to on a lazy sunlit afternoon. That said, her mastering of guitar, piano and violin is impressive.

It’s also worth mentioning that she illustrates her albums with her own drawings in a distinctive psychedelic style.

When it comes to Yvette’s progress as a musician and the development of her musical style, I have surprisingly little to say. All her albums, either solo or with the band, are of a uniformly high quality.

So do sit back, listen and enjoy! 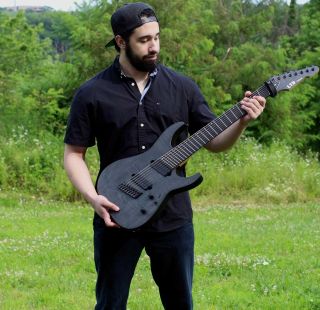