Querying any vehicle’s data by its number plate

The Netherlands has a public service that provides information about nearly any vehicle registered in the country, given its number plate.

Just for your information, in Holland a number plate is always associated with a specific vehicle (car, motorbike, scooter etc.) and never gets replaced when it changes hands. Which makes it possible to build a complete track record for that vehicle.

So let’s take my first leased Toyota from this twelve-year-old photo as an example:

Type in 16HDK2 in the Kenteken field at the OVI page and you’ll get the following:

One can easily verify it’s indeed a Toyota Prius, grey (Kleur: grijs), first put on my name on November 16, 2017 at 15:20 (Datum tenaamstelling in the Vervaldata en historie section), and has had one business (me) and two private owners throughout its twelve year history (the Aantal eigenaren privé / zakelijk line).

On the Fiscaal tab you can see the original (“catalogue”, Catalogusprijs) price for most cars, which was € 31,915 in my case.

Another thing that might prove useful is the mileage reading classification (logical or illogical). RDW records the value at each vehicle’s sale (the Tellerstanden section).

Here’s another one, a piece of history spotted somewhere in the nearby woods:

The results of the query:

This red Austin 3000 MK II only had a single owner, was made in 1963 but entered Holland in 1990. The catalogue price is unspecified, which is a pity.

The use of service

According to RDW’s terms, this service may only be used for private purposes and at moderate rates.

This one is in demand for as far as I can see since it’s being used on numerous car dealer websites, online classified advertising etc. ■ 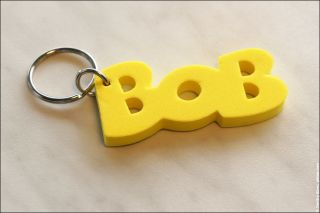 How I became a Bob