Five days ago the mighty Arjen Lucassen has announced on his Facebook page two live shows of his Ayreon mega-project, which got the name Ayreon Universe. The shows were scheduled for 15 and 16 September 2017, with the official ticket sale starting on 24 November at 10:00 CET.

He also invited the fans to subscribe to the project’s mailing list (something I’ve failed to spot on time). Those who did would have received a link to pre-sale that would allow them to buy tickets one day earlier.

But the concert organisers have underestimated the zealotry of Ayreon’s fans.

According to Arjen, both shows (6000 tickets in total) have been sold out in less than a day, that is, even before the public sale went open. Furthermore, tickets for the Saturday show (16 September) were gone in less than an hour. They had to urgently arrange an additional concert on 17 September.

I was to late for the mailing list, but still fortunate enough to have bought a ticket for this additional show. Which, by the way, has been sold out yesterday, too.

Apart from Ayreon being legendary, the line-up is very impressive (the links below lead to corresponding tags in my blog):

This line-up is subject to change over the remaining time. The project also features an interesting FAQ about Ayreon Universe concerts. All I need now is a bit of patience for the coming ten months… ■ 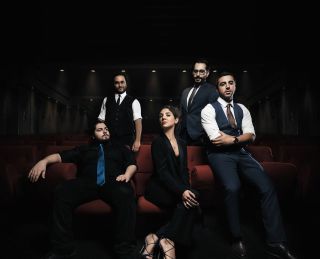