And here we are, almost four months after the exam I officially possess a Shodan Aikido Aikikai:

The diploma has been solemnly granted by Marc Jongsten (who also took the exam) during a short ceremony at Aikido Centrum Leiden.

Besides this—handwritten—certificate I was also given an official Hombu Dojo passport, instead of the former one, issued by the DAF: 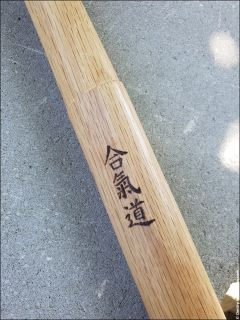