During our trip to Leeuwarden we have also visited, among other places, the port town of Harlingen.

The highlights of that visit can be described as: wind, sky, open water and VIEWS. Harlingen is so small that it’s barely visible on a map, so but 15 thousand people enjoy these views.

Harlingen is miraculously beautiful in a nice weather (keep in mind that “nice weather” is a relative term in the Netherlands), and the most beautiful spot is the haven. To be precise, Harlingen is essentially a haven.

You can climb the look-out tower there to really admire the surrounding views—of course if you’re not afraid of being blown off:

There is a Chinese restaurant named Sea Palace in the same building, allowing you to admire the same views in less windy circumstances.

But the view from the tower still beats it. The Old Outer Haven (Oude Buitenhaven) with passages to inner havens called simply Northern (Noorderhaven, on the left) and Southern (Zuiderhaven, on the right):

The Wadden Sea on the opposite side is protected from by a very long curly breakwater:

I can almost hear a Harlingen mom telling her kid: “You must be home when the sun hides behind the breakwater!”

And here we have a runaway kid, who didn’t make it home on time. What do you think this boy is doing?

This young Dutch is from Haarlem, not Harlingen (note the difference), as described in the novel Hans Brinker, or The Silver Skates by American author Mary Mapes Dodge. The brave boy was a son of the lock-keeper. One day he spotted a leak in the dike, and at once plugged the hole with his own finger, which luckily fitted well. During the hours after he was calling for help, with his finger in the hole. Help, as usual, wouldn’t come. The tale has it that the courageous boy had spent all night at the leak, protecting the city from the hazard, until a priest liberated him from this simple yet tiresome business the next morning. For the Dutch the struggle with water is the leitmotif of their very existence, which is why they’ve set statues of Hans in a number of their cities.

As years, decades, centuries went by, technologies evolved. The wall on the left is the second line of defence against high waters:

However the hole is a bit too big to be plugged with a finger:

This sliding steel door is a functional replacement for the finger:

I’m not sure whether this mechanism was ever brought into action. It’s all so serene at the moment:

At last, a bit jagged panoramic view on the haven: 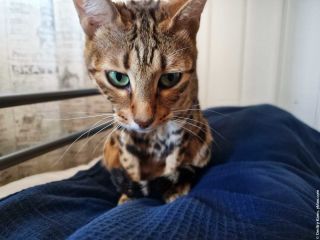