Recently I’ve visited Portugal for the first time in my life. The everlasting Dutch off-season makes one long for sun, and where else in Europe can you secure a sunny place, except maybe the Canaries? This spring in Europe is particularly poor, full of floods and cold, so Portugal appears to be the best option for the continental part.

We’ve decided to go for its south coast, the Algarve region. Where the Atlantic Ocean, endless beaches, real waves and the edge of the world are. But first things first.

Warning: tons of photos under the cut!

One of the noteworthy places we’ve never heard about before is the International Sand Sculpture Festival (Festival Internacional de Escultura em Areia or FIESA). Which is, as they put it, the biggest sand city in the world. Since I’m not really into sand cities, I can’t comment on it, but the amount of work invested is indeed impressive.

Each year FIESA introduces a different theme. For 2013 the theme is Music.

The sand city is situated near the Pêra village, which, in turn, is on the south coast of Portugal (here). I’m not sure if it’s reachable with public transport. We went there with a car we rented at the hotel.

It all starts with the ticket desk. It’s not made of sand, but still looks authentic.

A separate scene called “The Rehearsal”, away from the main site:

You ask yourself immediately a number of quesrtions. Are they really made of sand? How come they look so solid and don’t fall apart? What’ll happen if it rains?

They are made of sand indeed. They stay integral thanks to treating the finished sculpture with a stabilising coating. Rains are not that often in this time of year in Portugal, but I suspect a heavy rain will destroy the figures very quicly. In such an event the staff will maybe cover them, but considering the size of the site that would require a whole army.

A mysterious feminine figure. It’s not made of sand, so it’s not clear why it’s here:

The first thing to see is a reminder about the Sandy bar. Which is very affordable, by the way.

The letters are so clean and sharp that one must have used a stencil to make it.

A sand portrait of Amália Rodrigues, “the voice of Portugal”, a fado and flamenco singer.

Even though it’s a sand city, it has all the necessary facilities. There are speakers all around (covered with film to protect them) as well as lighting. Every sculpture is accompanied by a description plate.

Johnny Depp as Willy Wonka from the Charlie and the Chocolate Factory film:

The swimmer and actress Esther Williams:

An average agent 007 is deteriorating:

It’s but a step from James Bond to Frankenstein:

And, naturally, the Titanic and its best-selling soundtrack:

I can’t recall now what these are:

Someone’s buried in the sand:

Luís de Camões is in charge of music in poetry:

Music and Circus. The ever-sad Pierrot:

I don’t remember what this zoo is, but it’s full of fine details:

Wagner’s Opera “The Valkyrie”. The Rideo of the Valkyries was used in Wagner’s time for the opening of circus shows, and became popular in the XX century in films. The Valkyries are above, and the sword plunged by Wotan into a tree is below:

And this is not what you think. The singer has an open mouth in her belly, which symbolises the singing technique, according to which one sings from the diaphragm:

The Phantom of the Opera:

Cuban Music. Compay Segund is on the front, Che Guevara image is on the background.

From Cuba India is just around the corner. Mahatma Gandhi and Taj Mahal on the back:

Indians have myriads of gods: Krishna is one of the main ones:

Music and Buddhism. The sculpture is called “Laughing Buddha”:

A Tibetan monk. Music is an inherent element in buddhist rituals.

Out of the blue—Vitruvian Man by Leonard da Vinci:

Music and Dance. As they say, a new figure will emerge here in a sand sculpture demonstration session.

A ballerina performs the dance of the fan:

Another traditional Japanese symbol, dragon, is associated with wisdom and attributed with magical powers such as healing or the ability of assuming human form:

Benten, the goddess of music and poetry in the Japanese tradition, plays biwa, a Japanese string instrument:

Let’s step over to cartoons.

This is one of the characters from Gormiti: The Invincible Lords of Nature television series:

And another character from that series:

I bet this sow with four piglets is also a character from some series:

This strange instrument is called didgeridoo, however has nothing to do with DJs. It resembles Arkady Shilkloper’s alphorn:

This is something only very remotely related to music. [R]evolution with Charles Darwin, a woman and a monkey. And a question mark:

Here’s the climax of the evolution, rapper Tupac:

A famous group Stomp, which I’ve never heard of before:

Now for real. Pink Floyd, the Wall and David Gilmour:

And his legendary Stratocaster:

Reggae. Bob Marley and The Wailers:

Jim Morrison of The Doors:

David Bowie and somewhat iconised James Brown (who “is dead”):

The bird behind Bowie is watching you, %username%!

And the paparazzi swarming at her feet:

I’m not sure why John Galliano, a fashion designer, is here:

A band plays in his head:

An overview. Behind the DJ you can see a mix of old and new tech.

An audio tape and a phonograph:

All kinds of cables and connectors:

Radio telephone. And a USB plug behind it:

This plug went through the roof:

Little Mozart composed since his five:

This is called Chameleon Picnic. No relation to music (yet):

And, last but not least, the sponsors:

We were interested to see how it all looks in the darkness, so we agreed with the ticket office to come in the evening again.

It actually looks like the lighting is set up pretty randomly. But still beautiful:

Next: Part 2. Car and oranges

Portugal ‣ Part 5. Edge of the world in Sagres 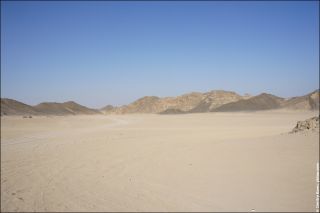