At last, yesterday I’ve tried rocking-moving-trembling D-Box chairs I posted about more than a year ago. I saw an advertisement in a local newspaper about Star Wars Episode 1: The Phantom Menace reissued in 3D and with D-BOX Motion Code™.

I remembered mad podracing in the movie and decided it would be at least spectacular to see on a big screen. Besides, there’s a couple of such chairs installed in the foyer of the theatre for demonstration purposes, with a screen which is showing exactly that excerpt.

So what’s my conclusion? 3D was more of a gimmick: it mainly affected Dutch subtitles making them stand off the screen. As far as I could tell, all scenes involving real actors looked the same, with or without glasses. Computer-generated scenes, conversely, seem to have been re-rendered for 3D.

As for moving chairs, they really make a difference. Starships passing by cause them to tilt. When podracers started their engines chairs realistically shivered. And during races they of course showed all they’re capable of.

Their movement amplitude is quite big, but can be adjusted with buttons (just in case you get seasick). And above all, it looks funny to see the whole row of chairs synchronously tilting, rocking and swinging.

Our cinema theatre JT has two rows of such chairs, the rest being regular ones. Ticket price is € 12 for a “usual” 3D, D-Box seats make it six euros more. In my opinion, it’s a reasonable price for such an experience. ■ 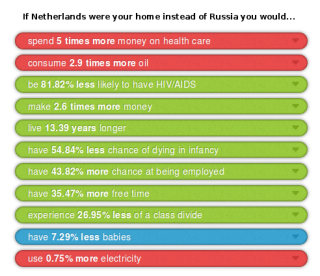 A hoot of negative