In the groaning and moaning on Steve Jobs’ passing minority opinions coming from the dissentients get eminent.

Ryan Tate wrote a lengthy article What Everyone Is Too Polite to Say About Steve Jobs for Gawker. Its primary message is:

In the days after Steve Jobs’ death, friends and colleagues have, in customary fashion, been sharing their fondest memories of the Apple co-founder. He’s been hailed as “a genius” and “the greatest CEO of his generation” by pundits and tech journalists. But a great man’s reputation can withstand a full accounting. And, truth be told, Jobs could be terrible to people, and his impact on the world was not uniformly positive.

Richard Stallman, a software freedom activist and the Free Software Foundation founder, famous for his unorthodox views on many things, was even more severe:

Steve Jobs, the pioneer of the computer as a jail made cool, designed to sever fools from their freedom, has died.

As Chicago Mayor Harold Washington said of the corrupt former Mayor Daley, “I’m not glad he’s dead, but I’m glad he’s gone.” Nobody deserves to have to die—not Jobs, not Mr. Bill, not even people guilty of bigger evils than theirs. But we all deserve the end of Jobs’ malign influence on people’s computing.

Unfortunately, that influence continues despite his absence. We can only hope his successors, as they attempt to carry on his legacy, will be less effective.

Armed and Dangerous blog’s author recaps in his post On Steve Jobs’s passing:

Our best hope to keep the good parts of Jobs’s legacy and shed the bad is that his successors will prove far less competent. Tim Cook is not the raucous buffoon that Steve Ballmer is, but neither has he ever been accused of grand vision or the kind of dangerous charisma that Jobs wielded like a blade. Without the Jobs magic, it seems likely that the cultism around Apple will subside. Perhaps the threat to freedom will subside with it. 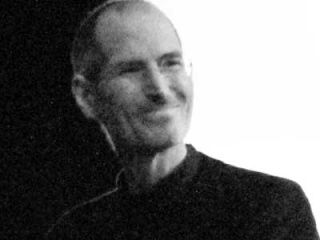